I was doing live visual note-taking to support a local online discussion, “Let’s talk about mental health care in Terre Haute”. The speaker used the term silo. She was describing how there are several task forces and other groups in our city with similar goals to generate solutions that help people with mental health issues, but no one is talking to one another; they are all in silos. This gave me pause.

Where I live in the midwest U.S., a silo is evocative of cylindrical containers that store grain on farms. They are a common sight. And in the town where I grew up, there was (in)famously an underground missile silo.

Photo by instagram.com/jessrivets of her family’s farm in Martinsville, Indiana

As I considered drawing a grain silo — but not a missile silo, which leads me to think more of a ‘fortress under seige’ mentality — I realized it did not immediately resonate with me as being a synonym for “place of isolation”, which is the meaning I think the speaker intended. I mean, I guess the grain in one silo is isolated from grain in another silo? And they can sometimes stand alone out on a farmstead? But it seemed like a farfetched metaphor to me, and not one that necessarily merited a visual to accompany and reinforce it.

So I looked up silo, and was surprised that Google’s resulting definition did not even list it as a noun – it was a verb, and I have certainly heard it used this way as well.

So how did the term silo make the transition from Grain Street to Wall Street to Main Street?

I kept digging, and here’s where it gets a little murky, as the word silo is a bit of an etymological mystery. The long version is here in the BBC’s The Vocabularist: How did ‘silo’ get to mean something else? and in Grammarphobia‘s The silo syndrome.

I’ll summarize: the Ancient Greeks have a word, “siros”; this becomes “sirus” in Latin; which becomes “silo” in Spanish – but not all experts agree.

On Wikipedia I learned that much more recently, the term functional silo syndrome was coined in 1988 by Phil Ensor, an organizational development consultant for Goodyear, located in Akron, Ohio:

“In understanding organizational behaviour, the term silo mentality often refers to a mindset which creates and maintains information silos within an organization.” He noted that the chain of communication in organizational structures seemed to be more top down rather than having people communicating with each other across an organization. Furthermore, Ensor’s use of the term silo “reflects his rural Illinois origins and the many grain silos he would pass on return visits as he contemplated the challenges of the modern organizations with which he worked.” Aha – here’s the source of our food storage container metaphor!

Back in Terre Haute, I was on the fence, but finally decided to go with the silo image. They are part of our vernacular architecture, and I believed the visual reference would make sense to my audience.

Do you think it is an apt visual metaphor? Or has it become a cliché that’s lost its way, and its richer meaning? 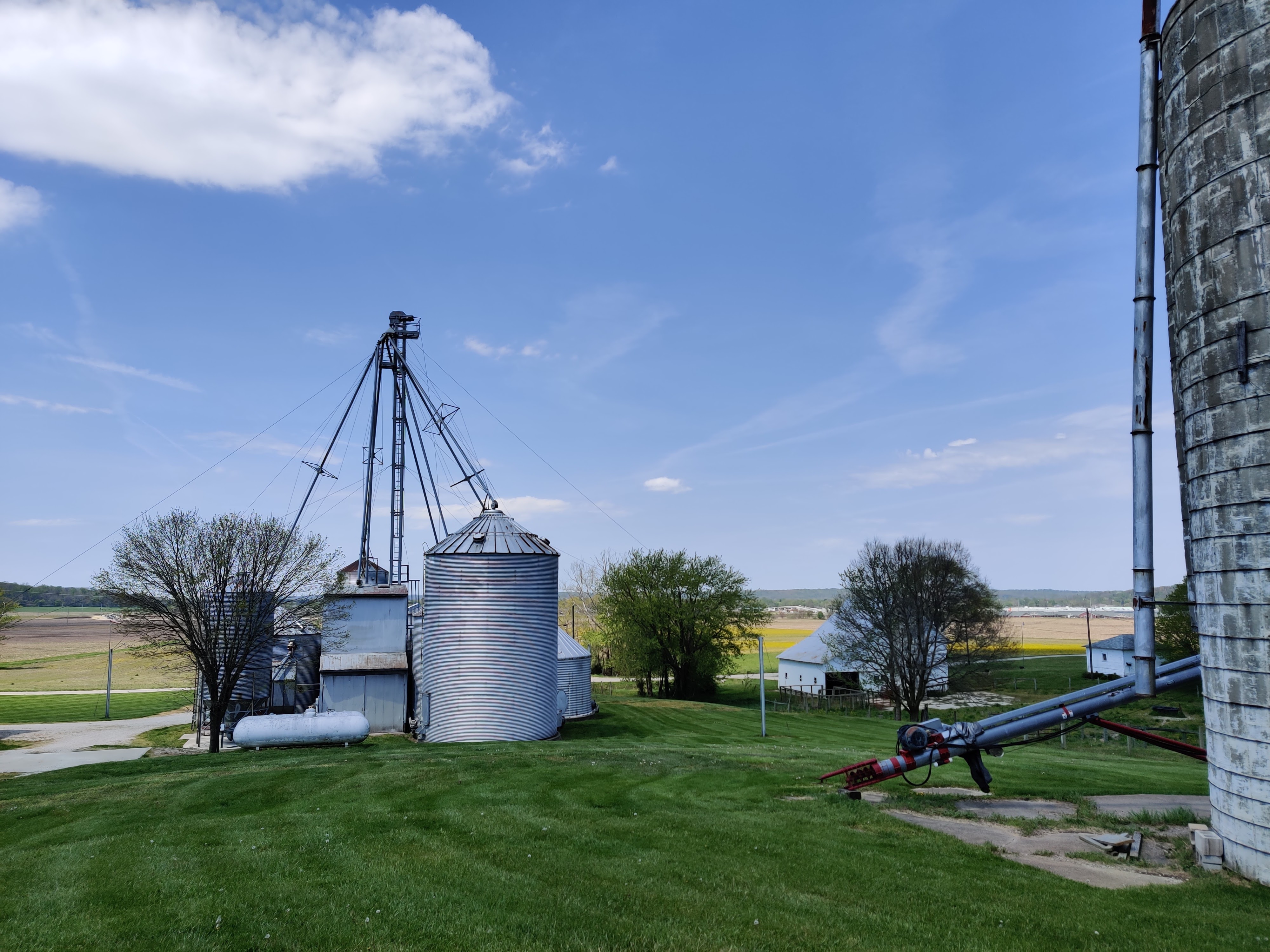 A series of top-down organizational structures [photo by instagram.com/jessrivets]