Why I chose to read this book Preface page from Leader as Facilitator by Lynne Cazaly

“Leadership emerges from a desire to help others” ²

I was drawn to this book since the author is both a visual scribe and a master meeting leader, as well as a frequent keynote speaker and author of several books on innovation and visual thinking.

I am new to practicing a type of visual communication called graphic recording which entails capturing an event (like a workshop, presentation, strategy or other type of meeting) with words, color and pictures, silently working live and on a large scale.

Graphic facilitation is a close parallel to graphic recording but takes it a few steps further so the person facilitating the meeting is also creating visuals – a more evolved practice for experienced facilitators. Through the branding workshops I lead with clients I know I enjoy helping individuals and groups make meaning and come to agreement, BUT so far I have not discovered a way to combine facilitation with visuals. I don’t have the experience with this aspect of the work and it is not easy to find in-person training in how drawing can be used as a facilitation and leadership tool to help groups understand complex information and make decisions on next steps.

Leader as Facilitator is written primarily (I think) for an audience with substantial experience engaging professionally as a leader and facilitator with businesses and corporations (as opposed to nonprofits, academic institutions, or NGOs for example). The writing style is breezy, slightly irreverent and styled in short phrases and chunks of thoughts rather than lengthy paragraphs, which makes it a fun read. I was pleased to note several instances where Cazaly mentions visuals and how they can be incorporated into meeting facilitation, due to my strong interest in this aspect of the work.

On the other hand, I felt the book was light on content – definitely not a deep dive into the subject. For the most part it focuses on condemning what’s wrong in the world of meeting facilitation and does not provide ample examples on how to do it right, which left me wanting more. Here are several examples: 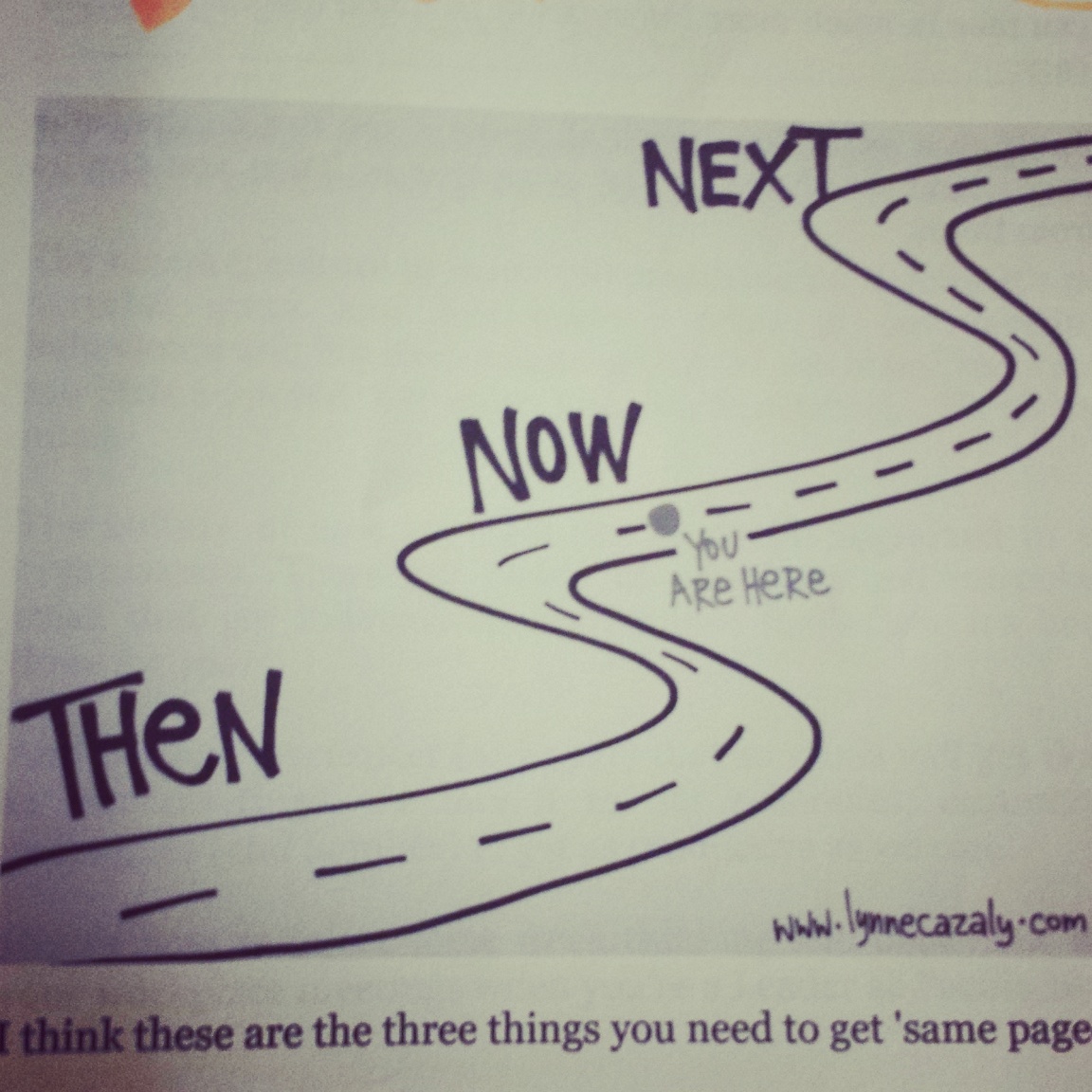 Then / Now / Next map by Lynne Cazaly

Ideas and concepts I liked

My role as “leader as facilitator”

While I wish the book could have been more practical for someone at my level of experience with leadership and facilitation – a resource list and index would have been nice additions – it did make me think more critically of workshops and other educational events I’ve attended recently, and how the facilitators there were already employing some of Cazaly’s ideas – or what they should be doing in order to have a more effective outcome – and of course, how I can also employ some of those same techniques to evolve in my own role as Leader as Facilitator.

One thought on “A personal book review of Leader as facilitator: how to inspire, engage and get work done”